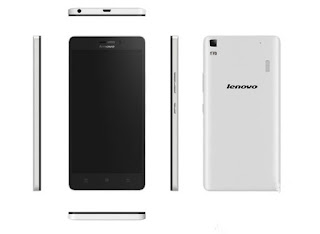 And yet again it seems that all the reviews of this device available on the Internet are dealing mostly with specs' repetitions and with some meaningless values generated by random number generators known as quadrant, AnTuTu, ruTutUr, or whatever. Specs are nice, pics are pretty, but that doesn't say enough about device today, does it?

Because of that, I have unanimously decided to write a review of this device while using it in real life, so I could read the review later, and decide on whether I like the device or not. Basic science.

Since I am located in Europe (sort of), I have waited for any of the retailers (GearBest, TinyDeal, Banggood, DX, giztop, vickmall, everbuying, honorbuy, kimovil, minideal, aliexpress.. holy sh**t, it seems like a lot of wasted time when I put it all like this) to cram some of their European warehouses with Lenovo K3 Note so I could avoid all the taxes, VATs, Customs, and other elaborate thieving mechanisms presented by the State.

After a few weeks, Gearbest got them in their German warehouse for - get this - about 120$ ! I have immediately clicked all the buttons in serious haste, but then they said:
- "sory, no send your country". I considered this, and said,
- "but why, why for the devil's kinky duck, our country is in EU!",
and the reply came something like
- "sory, no send your country", and I said
- "But I want to give you a LOT of my money. Don't you want a lot of my money to become a lot of your money?" And they replied with something like
- "sory read our policy here: "
They gave me some link which led to, of course, a 404.

Until I found a friend living in Austria (one of the receiving countries) which was willing to receive the order, devices were gone from the warehouse. For about 120$, not surprising.

Few days later, nothing happened.
I asked The TinyDeal People:

Few weeks later, I finally saw it on TinyDeal: EU warehouse, about 145$. I've clicked the hell out of their site and ordered two of them, breaking the middle mouse button in the process. Strange thing with these phone-selling-people: I've noticed that the price of devices is relatively low immediately after restocking, but then it rises gradually. After the transaction, devices came in about a week, which was marvelous.

The initial ROM on both devices is based on Android 5.0 and VibeUI v2.5. The funny phone-selling-people even set Croatian system language, which was funny, because I don't know how to use the phone with Croatian language. Don't get me wrong, the language itself is fine, really, specialized for lamentations, consistent complaining, cursing, and poor political choices, but as a technical language, nah.

Pre-installed bloatware? Sure. DU battery saver, Clean Master, DU Speed Booster, Theme Center, SafeCenter. Some of them I've managed to remove after rooting the device, and some of them I've left for further inquiry (for example, I can't decide yet if Clean Master is junk or somewhat useful junk).

No app drawer. All the apps are out there, on the "desktop", iPhone-like. But you can create a folder named "crap", and put it all in there, which works fine.

Lag? Not so much really, the phone is able to switch with relative ease between memory-devouring Chrome, Gmail, sms, dialler, play store, and other apps, and the waiting is virtually non-existent. Occasional lags occur of course, but it doesn't make you want to throw the phone into the concrete wall; perhaps in the elegant stack of really soft pillows.
UPDATE: Installed some other ROM, the lag went to zero. Seriously. No lag. Ever. Maybe sometimes. But not. Well, I will think of something to make it lag. But for now, no lag.

RAM? 2GB sounds like a lot, but system architects are known to be profligate (just learned this word) bastards, so after removing all the active apps from the recent app dialog, the average free RAM is reported about 800MB. This highly depends on the ROM and installed apps of course, but there it is.
UPDATE: New ROM, which I'm mentioning all over the post, is able to clean to about 1GB. So, better.

Notification LED light? Yup. But only for missed calls/receiving sms (green) and charging the phone (red, which stays red even if the phone is charged). Not shining for received emails though. And you can't manipulate with it (change colors, frequencies, duration, etc.), and none of the available apps on the Store work.

Battery? I don't use this word often (especially not with asterisks), but it seems *great*. I am using the phone for browsing, reading/writing emails and sms, enjoying the smooth scrolling through the interface (simple things in life), messing with all the system options, installing new unnecessary junk apps, and oh, yes, talking and occasional listening. WiFi + mobile data always ON. And with all that, the battery was able to last almost three (3) days. With moderate abuse, it lasts about two (2) days. Charging is surprisingly fast with the delivered charger (2000 mA). Stand-by screen-off consumption is nearly zero.

UPDATE#2: Because all was working really nice and smooth, I was naturally compelled to needlessly risk it all by flashing a new custom ROM. To be more precise, this one. It is observably faster than the default one, the sound seems better (it has Dolby Atmos thing in the settings), but it also seems to consume slightly more power. The battery now lasts 2 days max.

Camera? It is okay, nothing especially bad or great about it. Is there really a significant difference between most of the models today?

Front camera? Are you referring to the "SELFIE camera"? The one that you should need to take SELFIES? Take SELFIES and put those SELFIES on the FACE? Maybe even buy a SELFIE STICK? Now, I would kindly ask of you, dear sir or madam, to remove yourself from this site. Mighty kind of you!

GPS? Working as it should.

Sound via 3.5 mm output to the car audio system? Seems good, it has some punch, even with default app (Lenovo Music). I haven't tried other mp3 apps yet. This is crucially important to me as a fact, so more details on this topic soon.

UPDATE: Sound seems really good (lows, mids, highs, the whole range is there, loud and clear), but only to about 90 km/h. My Honda Jazz gets louder after 120 km/h, and it becomes harder to clearly discern the music - it becomes apparent that the phone amplifier is having difficulties with giving a little more power to make a difference in these conditions. Testing environment was carefully designed by the random song playlist of the Rocket Player: Nevermore, Opeth, Iron Maiden, Dream Theater, Daath, Devildriver, Vivaldi, Dark Tranquillity, In Flames, Lamb of God, Five Finger Death Punch, Pearl Jam, Imagika, Pantera, Testament, you get the idea.

In conclusion, the sound quality is really satisfying, but the amp is lacking just a little more power to make it a complete delight. It is possible that this can be made better, or worse, by other ROM. Ascend P1 for example had a certain custom ROM which elevated the sound on a whole new level; but, GPS wasn't working with that one. Bummer.

Sound via device's external speakers? Nah. Poor. Well, passable, to be fair.
UPDATE: A new ROM seems to boost the sound. Yes it is louder, but you can't honestly expect anything significant from these micro-speakers, so why does the author of these lines even bothers to discuss this insignificant feature, and why is he suddenly went to address himself in the third person?
Regardless, I have also discovered that the speaker output is way too loud on the minimal volume setting! What the f***?

Call quality? No problems there. Should there be?

3G signal? Very good. I did not use any testing environment, but from the pure experience on the troublesome location, I would say that it is handling the 3G connection much better than previously used Huawei Ascend P1.

WiFi signal? Very good indeed. Way better than on my Samsung ATIV Book 4 laptop (connects to distant access points that this joke of a laptop can't even perceive), and better than on Huawei Ascend P1.

Screen? Large. Nice to look at considering the resolution and colors. Can't discern individual pixels no matter how hard you stare at it. Difficult to handle with one hand. Viewing angles are much better than in Lenovo A806 Golden Warrior. But - no gorilla glass, nor ape, mandrill, gelada, lesula, white-headed capuchin or rhesus macaque screen protections are existing on this model as far as I know. So, buying a screen protector is seriously recommended. But again, a friend has an LG Nexus phone, with gorilla, and it has some serious scratches on the screen, so, no guarantee there anyway. Instead of a plastic screen protector, I went for the "tempered" glass protector from eBay, which turned out to be really neat - harder to get scratches, prettier to look at, and easier to clean from lard smudges from your fingers after eating a delicious young pig dipped in a roadkill deer sauce. Or carrots, if you are a vegetarian. Smudges from carrots. Nasty ones.

Feeling in hand? Like a flagship. Thin, elegant, nicely built, no unnecessary warps or creaks. Very thin back cover which can be removed in order to access the battery, 2 SIM slots and 1 MicroSD slot. For example, Lenovo A806 has similar specs, but in hand, A806 feels like a cheap toy. K3 Note feels like a pro. And what a cool thing to say that is. "Like a Pro"... Yeah.

Probability of falling out of hand while operating? About 67%.

Probability of falling out of hand while operating, without using back cover and glass protection? About 89%.

VibeUI gizmos, or why don't I flash the speedy Nexus/other ROM on it? Well, I like the following stuff:

Picture of a teddy bear wearing a hat:
Here.

Don't drop the phone. Why? Well, allow me to elaborate.
My particularly new and shiny Lenovo K3 Note phone dropped from a shelf about 1m high onto the ceramic tile floor. Pure gravity, nothing more forceful. It was encased in a plastic back cover and had a tempered glass for front protection at the time it happened.

So, what's the big deal?

Well, the camera stopped working. Was it the software/firmware related? Nope. Was it the camera module itself that has broken somehow? Nah, because it could be bought and easily replaced, which would be a laughable problem to solve. It was the god***n camera connector. Some tiny piece of this connector broke and the camera module can't be connected to it anymore. It is very intriguing, because this piece is about 7 molecules in diameter, which would make manual soldering somewhat annoying; if it wasn't made almost completely from plastic. I would take a photo of this piece, but I don't see it because of its size and because of the tears smudging the vision.

So. Good phone. So. Don't let it drop, no matter how its cheap plastic soul begs to be dropped.
Posted by Igor