I admit right here, right now: I fell for the commercial like a true adult male gizmo-loving idiot. This post is a warning to all of you potential adult male gizmo-loving idiots who show continuous sucker tendencies for new, well-commercialized, power tool gizmos. The problem is, most people are living in the denial after buying something they can hardly afford. They still believe that this is a really great product, and write accordingly on various forums. The fact is, it is not.  I won't go into specifications, promises and dreams about this product. I am going to the core. To the point. To the heart. To the very being of the... ah, screw it.
The pictures! 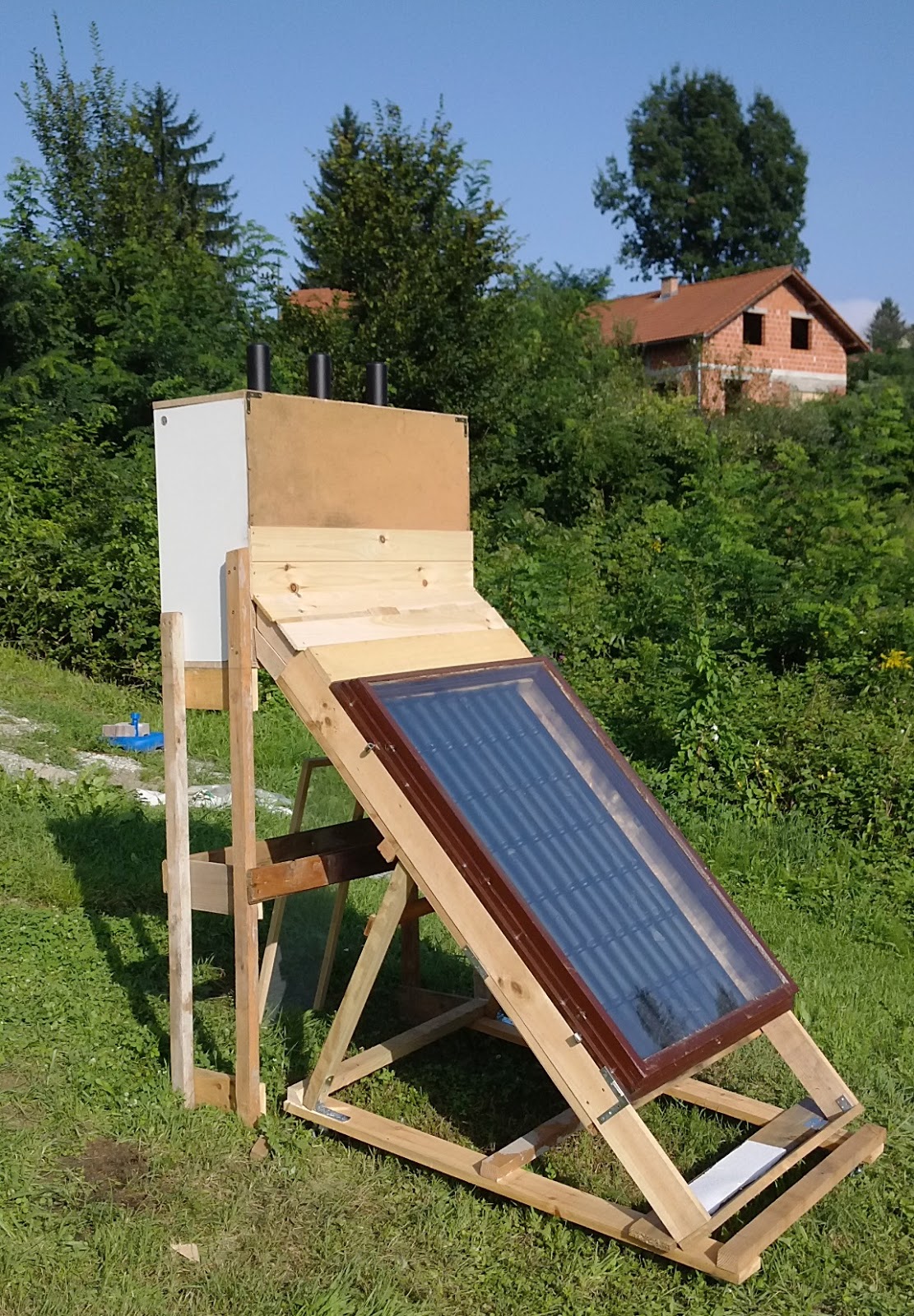 Solar Dehydrator: Better to do it badly than read about it!

Well, this was one tough SoB of a project for me.

Let me be clear on this, so there wouldn't be any misunderstandings later in this post: Most of the time I had absolutely no idea what I was doing.

While doing it, I was faintly recalling some of the solar dehydrator projects I found online while surfing the Internet, but followed none of their instructions in detail because I felt at the time that it would be more fun to do stuff badly than to read stuff correctly. Seriously, there is a load of opinions and verbal arguments today, but rarely some real work.

Luckily, I had this detailed specification/ white paper of the project, which helped me through the dehydrator building process:

We shall call this specification a "white paper" from now on. While constantly referring to the white paper, there was no room for error. There were of course some ambiguities on some of the white paper details, but they were easily bypassed by a complete lack of concentration and a complete abundance of alcohol on the project location.